Towards the Korean Century?

That President Trump will meet Kim Jong Un to negotiate over North Korea’s nuclear program is news not only astonishing but auspicious – promising of success. South 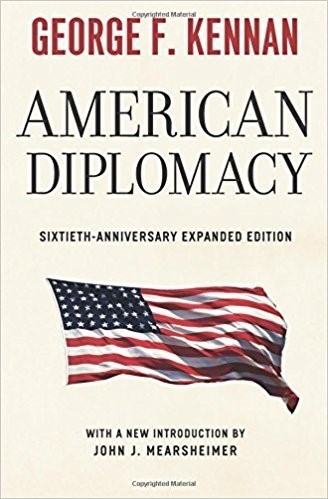 “I explained to President Trump that his leadership and his maximum pressure policy, together with international solidarity, brought us to this juncture. I expressed [South Korean] President Moon Jae-in’s personal gratitude for President Trump’s leadership.

I told President Trump that, in our meeting, North Korean leader Kim Jong Un said he is committed to denuclearization. Kim pledged that North Korea will refrain from any further nuclear or missile tests. He understands that the routine joint military exercises between the Republic of Korea and the United States must continue. And he expressed his eagerness to meet President Trump as soon as possible.

President Trump appreciated the briefing and said he would meet Kim Jong-un by May to achieve permanent denuclearization.”

The upcoming Kim-Trump summit is auspicious because there are big potential payoffs for both sides.

History gives plenty of reasons for skepticism, true. But, unlike previous occasions when it reneged on denuclearization deals, now the North has ICBMs that can hit the United States.  And so now, finally, it has the leverage to negotiate denuclearization on its terms. What might those be? No doubt they include a gradual relaxation of the present tough sanctions imposed by the Trump administration in return for a gradual and credible denuclearization. But the North could have had that sort of deal anytime in the last 20 years, so there has to be much more. That would include strong international guarantees for the security and independence of the regime. A treaty to guarantee North Korean security between, say, China, Russia, and the United States would be effective because of each great power’s interest in stopping any other from controlling the North.

And it would probably include a major expansion of economic and other ties between North and South Korea, with an explicit if vague goal of peaceful, gradual Korean reunification, in the long run, over say 50 years or whatever the Koreans agree among themselves. No one should underestimate the power of Korean nationalism. Kim Jong Un would give a lot to go down in history as the man who made the decisive moves to reunify the Korean nation. And he’s young enough to think he might live to see it.

The North Korean ruling elites already have in China and Vietnam successful models to emulate, in which a neo-communist elite presides over a fast-growing mixed economy of state-owned, domestic capitalist and foreign-owned enterprises. There would also be tremendous opportunities for South Korean big business to develop a unique industrial base that can combine the highly skilled labor of the south with the low-skilled but – presumably - industrious labor of the north. Whether the liberal democratic capitalist regime of the south ultimately absorbs the neo-communists of the north, or the other way around, would remain to be seen.

What’s in it for the United States beyond, obviously, removing a dangerous national security threat?  There is an illuminating article in today’s Financial Times by its Asia editor Jamil Anderlini, “Kim Jong Un offers Donald Trump his ‘Nixon in China’ moment”:

As he prepares for his historic meeting with Kim Jong Un, Donald Trump is looking for his “Nixon in China” moment — the chance for rapprochement with a sworn enemy that leads to momentous geopolitical change.

North Korea wants desperately to reduce its reliance on China for food and fuel aid and its leaders fear the rise of an increasingly assertive China more than anything else.

Over the millennia, Korea was repeatedly forced to serve as a Chinese vassal state and in recent years some in Beijing have toyed with the idea of regime change in Pyongyang.

On a visit to the isolated country in 2016, one of the most interesting revelations for me was the depth of animosity my official minders and the few people we were allowed to interview appeared to feel towards China.

In public, the Chinese government will cautiously welcome news of the impending summit, but behind the scenes it will do all it can to scupper the chances of a unified Korea falling into America’s orbit.

But, even if it is not in America’s orbit, a strong, unified, independent Korea is still very much in America’s long-term strategic interest.

And what is that?  George Kennan – father of the Containment doctrine that in one shape or another guided American strategy throughout the Cold War – put it like this in 1951:

We can see that our security has been dependent throughout much of our history … on the maintenance of a balance of power on the European continent. Thus it was essential to us … that no single Continental land power should come to dominate the entire Eurasian landmass. Our interest has lain rather in the maintenance of some sort of stable balance among the powers of the interior, in order that none of them should effect the subjugation of the others, conquer the sea-faring fringes of the land mass, become a great sea power as well as land power … and enter – as in these circumstances it certainly would – on an overseas expansion hostile to ourselves and supported by the immense resources of the interior of Europe and Asia. Seeing these things, we can understand that we have  a stake in the prosperity and independence of the peripheral powers of Europe and Asia: those countries whose gazes were oriented outward, across the seas, rather than inward to the conquest of power on land.

That’s it. Over the next 50 years or so the crux of America’s global strategy will be to prevent China from coming to dominate the entire Eurasian landmass, in part by promoting the prosperity and independence of the peripheral powers of Europe and Asia. Powers like united Korea.